B is for... Beginnings 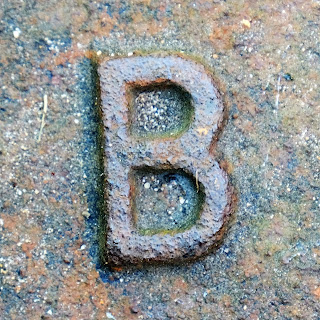 It's hardly worth saying that the main purpose of the beginning of a story is to hook the reader. This advice is trotted out so often it's become something people say without really giving a lot of thought to what it actually means.

All too often, this advice gets over-simplified, to the point where the suggestion becomes that all stories should start right in the middle of the action, your main character hitting the ground running, with the clock ticking and danger all around. If you need to explain how he or she got into this situation then do it through flashbacks, later on in the story. Otherwise, you risk losing the story's momentum - and with it your reader's interest.

Like all writing advice, this works some of the time. Thrillers, particularly, often benefit from a pacey start where there's not much exposition to slow things down. For other stories, though, this approach just doesn't work. Not every story can (or should) be an adrenaline-fuelled page-turner.

So, instead of necessarily looking to hook the reader, I tend to try to think about it in terms of drawing them in. The difference, I'd say, between the two is that with a hook, you read on because you want to find out what happens; when a book draws you in, you read on because you don't even realise you're reading. This is a sign that the writer really knows what they're doing.

Let's look at some examples of what I consider successful opening sections...

Firstly, here's how The Carhullan Army by Sarah Hall begins:


My name is Sister.

This is the name that was given to me three years ago. It is what the others called me. It is what I call myself. Before that, my name was unimportant. I can't remember it being used. I will not answer to it now, or hear myself say it out loud. I will not sign to acknowledge it. It is gone. You will call me Sister.

I was the last woman to go looking for Carhullan.

At first, this seems like a variation on Moby Dick's famous "Call me Ishmael" first line. But there's more to it than that. The insistence with which the narrator is talking about her name being "unimportant" and "gone", suggests something very significant has occurred. Also, the defiance of a line like "You will call me Sister" gives a strong suggestion of who this woman is, and hints at her relationship with the character she is addressing, in this case the faceless authority who acts as a stand-in for the reader.

Also, consider the questions this brief section poses: Why was this narrator "given" such a generic name? Who gave it to her? What happened three years previously that made her give up her old name (and, by implication, her old life)? Who is she talking to? Who/What/Where is Carhullan? - All of these are reasons for the reader to keep reading.

Next up, the start of The Resurrectionists by James Bradley:


In their sacks they ride as in their mother's womb: knee to chest, head pressed down, as if to die is merely to return to the flesh from which we were born, and this a second conception. A rope behind the knees to hold them thus, another to bind their arms, then the mouth of the sack closed about them and bound again, the whole presenting a compact bundle, easily disguised, for to be seen abroad with such a cargo is to tempt the mob.

For me, the effect of this paragraph is twofold. Firstly, the writing has such a pleasing, poetic rhythm that it is hard to resist being swept up in it. Secondly, the sinister overtones of the prose, the way it shifts from the dead bodies riding along - a weirdly jolly image, in some ways - to the description of them being a "bundle", or "cargo", pulls the reader up short. This is a task, a business, and it's not without its dangers - as the mention of tempting "the mob" confirms.

This opening doesn't pose as many questions as the previous extract, but for me at least the author's control of language means that doesn't matter. This is a writer you can trust, the opening says. It doesn't need the bells and whistles of a race against time or an intriguing mystery to make you want to keep reading.

And finally, here's the opening of Sarah Perry's After Me Comes the Flood:


I'm writing this in a stranger's room on a broken chair at an old school desk. The chair creaks if I move, and so I must keep very still. The lid of the desk is scored with symbols that might have been made by children or men, and at the bottom of the inkwell a beetle is lying on its back. Just now I thought I saw it move, but it's dry as a husk and must've died long before I came.

This one has more in common with the Sarah Hall extract, in that it poses a series of questions. In essence, the book opens with a pretty unremarkable scene - a person sitting at a desk, writing. But there's an undercurrent in the way it's written that makes it clear there's more to it than that. The need for the writer to keep still, to avoid making any noise (and presumably avoid detection) gives the whole passage an air of mystery, and the detail of the long-dead beetle provides an element of menace.

So that's a few examples of openings done well. It's always interesting to unpick the way a writer starts a novel, or a story, and try to work out why it's successful (or not!).

Do you have any favourite first paragraphs - opening sections that really made it impossible not to keep reading?

Email ThisBlogThis!Share to TwitterShare to FacebookShare to Pinterest
Tagged with: A to Z of Writing, books, writing

Interesting post, Dan. I liked your examples of different openings. I can't think of a particular favourite opening of a book off the top of my head, I'm afraid.

Dammit, checked a lot of my favourite stories and none of the beginnings jumped out at me. In terms of novels, the first page of each of the Per Petterson novels I've read have been really clever, interesting beginnings.

(By the way, have you planned out what you're going to write about for each letter of the alphabet? Having done Beginnings, do you now have to do Endings, though surely E should be for Editing!... It's a minefield. I tried writing out an a-z myself and it was quite tricky)

Many thanks for stopping by, Susan and Ric.

I had that same problem, Ric - I picked up several books thinking, Ah now this'll be a killer beginning, and found it was actually quite underwhelming. Odd that, how memory can play tricks on you.

I have a list of topics for this project. Not every letter is accounted for yet, and several have a few options. I'm trying to go with the flow a bit and see what kind of posts get the most interest. E is likely to be Endings - but how do I give examples of good endings without massive spoilers?! Still, I've got D to worry about before that...

What an informative and useful Blog,Yeah Beginnings is necessary in starting a work and yeah when it done,Your half job is completed.Really love your Blog,Would surely implement on these tips when writing any essay or story.

I want you to thank for your time of this wonderful read!!! I definately enjoy every little bit of it and I have you bookmarked to check out new stuff of your blog a must read blog! tik tok video