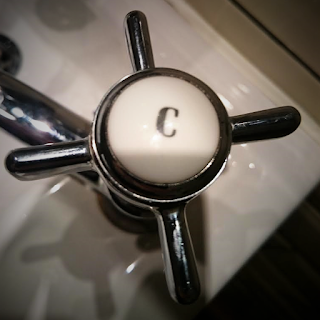 Originally, I'd planned to write about characters, or possibly characterisation, when I got to C. But those are pretty big subjects and I feel like my first too posts were on the lengthy side. So I'm going to scale back a bit and think about an element of writing that's in the same general area: that of your story's cast.

By cast, I mean the people (I'll call them that for simplicity - obviously they may be aliens, animals, bizarre scientific experiments, etc) who populate your story. The characters you use are the cogs in the machine; your story can only move forward if they, also, move and interact. It's stating the obvious to say that the number of characters will typically be small for a short story and bigger for a novel, although - as with everything - this isn't always the case.

When you're writing a story (of any length) it's important to ensure every character is there for a reason. It may be something obvious, like the wise old magician who sends your protagonist off on his or her quest, or the love rival in a romantic story, but they may also be playing a less obvious role. Maybe they are a passing acquaintance who inspires your protagonist to live a better life, or perhaps they only need to pop up at some point, deliver a key piece of information, and then play no further part in the story (take care with this kind of contrivance, though!).

I've seen many examples where a new writer has ended up with a story that's decidedly over-staffed. If the main character goes to buy sausages, you get a in-depth description of the butcher, his stubby-fingered hands, the stains on his coat, and the hairs sticking out of his ears. You're left feeling like you'd recognise this guy if you ran into him in real life, but the only reason the writer has included him at all is that they don't have the confidence to just let their protagonist buy sausages and have the reader imagine the scene themselves. If nothing happens in the butcher's shop that affects the rest of the story, then really there's no point spending time establishing the butcher as a living, breathing character. And I think that's a good test for whether somebody belongs in a story or not - if you could take him or her out and not alter the flow of the plot in any way, then you're probably better off without them.

I often think of it in terms of a film poster. The stars - the characters who appear on the poster and/or the ones for whom the actors' names appear before the title in the small text at the bottom - are the ones you should spend the most time fleshing out. Those who don't get a mention on the poster but are named in the credits are second-tier characters, who probably need a bit of well-chosen description but shouldn't be allowed to take up too much space. Finally you have those 'background' characters, whose screen-time is limited and appear in the credits as Girl on Bus, or Second Gang Member. These are the ones you have to look at very carefully when it comes to written prose. Are you sure you need to tell the reader what they're wearing? Will it really make a difference if you don't give them a name? Do they need to be there at all? Most of the time, the answer will be 'No'.

But can a story have too few characters? I think you have to be careful if you are writing a story where there's only one significant person. Somebody sitting alone with their thoughts is almost always unbelievably tedious. My preference is for at least one other person to be there, even if it's only in flashback or on the other end of a phone. I've not written many stories that have somebody entirely on their own, and even in Last of the Sand Dragons you could argue that the sea itself is a character, of sorts.

I'd be really interested to hear of any examples of successful short stories that have a huge cast of characters, or any that have a solitary protagonist and manage to avoid being dull and introspective.
Posted by Dan Purdue

Email ThisBlogThis!Share to TwitterShare to FacebookShare to Pinterest
Tagged with: A to Z of Writing, characters, writing

Good post, Dan. I'm trying and failing to remember any short stories with lots or just one protagonist - though surely I must have come across them!

Long time no see your article. I am very glad when see your post. Click here to take part in the games. Thank you.
sims 4 cheats