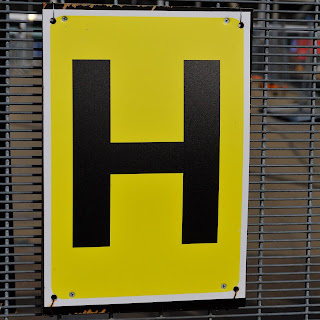 Funny, isn’t it, the way things work out sometimes? There I was, planning a post on humour, and the challenges of getting anything amusing published, when I received an email telling me one of my more bizarre stories had been shortlisted for Christopher Fielden’s Humorous Short Story Competition. I’m very pleased about that, as it means that even if it doesn’t go on to win a prize, Feeding the Creatives will be published in an anthology along with the winners and the other shortlisted stories.

So while that’s undermined my point a little, I still think it’s worth lamenting how rare it is to find good examples of humour in mainstream short stories. Year after year, the judges' reports for places like the Bridport Prize plead for stories with a lighter touch. Reading an anthology from a 'serious' competition can be a dispiriting slog, as all too often a story about death will follow a story about a relationship breaking down, which in turn followed a story about a parent suffering senility (and, probably, then dying).

My take on this is that there's a general feeling that when it comes to short stories, bleak is best. Trying too hard to be funny can mean the characters become cartoonish, or the plot is simply a mechanism for delivering the punchline. Besides, thinking about competition entries, it's much easier to make a story "powerful" if it's designed to make people feel sad. Mainly because things that make people sad are more universal than those that make them feel happy. Create a character people can relate to and have bad things happen to them. Take away someone they care about, threaten their safety, or deprive them of something they've worked hard for. Boom! Instant sadness, literary success, awards, etc.

But misery is only part of life - and, one would hope, as small a part as possible. Stories that focus entirely on the dark side fail to capture the truth about life, with all its funny quirks, contradictions, and absurdities. Who could argue against the idea that making somebody laugh is better (and, potentially, harder) than making them feel sad? So why is there this persistent sense in writing competitions that for a story to be "good" it must be deadly serious?

Some writers master this balancing of humour and proper grown-up emotion, and their stories are all the better for it. For instance, A L Kennedy, whose writing often leans heavily upon darker themes, tends to sprinkle amusing one-liners through her work and these - like seasoning in a meal - add a piquancy that lifts stories that otherwise could feel oppressively bleak. I've written before (ages ago!) about Rich Hall's story "Circadia", taken from his collection Magnificent Bastards. Here the humour comes from the characters and the strange situation in which they find themselves. It manages to be both funny and poignant, and I think each of these amplifies the other - to the extent where it remains one of my all-time favourite stories.

So those are just a couple of examples of stories that manage to be both "funny" and "good", but I'm always on the hunt for more. Can anyone suggest any others?

Incidentally, humorous novels don't seem quite so hard to track down, which makes me wonder if the rules are slightly different for longer stories.
Posted by Dan Purdue 25 comments: