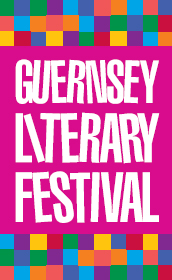 This is something that cropped up a while ago, and I mentioned in passing in this post at the end of last year. I've held off writing a post about it, though, because to be honest it's seemed a long way off. However, as years tend to do, this one's cracking on past at an alarming rate and now there's only three months left to go. So, here's what's happening...

This year, the delightful island of Guernsey is holding its inaugural literary festival. They may be starting on a relatively small scale, but they have some big names lined up - topping the bill is Annie Barrows, half of the writing partnership behind the internationally successful novel, "The Literary and Potato Pie Society". Further down the list is yours truly. My contribution will be a flash fiction workshop, held in the Guille-Allès Library on the afternoon of Sunday 15th May.

I'm excited about this, as it's the first time I've been asked to take a workshop of any kind. At first I was unsure I really had enough publishing success behind me to be of benefit to a class full of people looking to discover the 'secrets' of writing short stories. However, the best thing about this is that it's forced me to take a look back at what I have achieved, and that's been surprisingly positive. Okay, so I've not got an anthology of my own I can plug when I go over to Guernsey, but I've had a respectable number of stories accepted, which have made it onto the web, into a couple of books, and a magazine or two. My competition wins and placings have netted me a decent amount of cash over the last couple of years, and in getting to this position I have interacted with a fair few editors and other people in the industry. So, maybe I do have more insight and useful experience than I initially gave myself credit for.

So, I'm starting to plan exactly what the workshop is going to involve. I have a few ideas, and have sketched out an approximate structure that I'm happy with. The next bit is refining this initial plan, and working out various examples and exercises to use. It's an interesting process, and I'm enjoying it and looking forward to taking the workshop and hopefully meeting a bunch of enthusiastic writers keen to have a crack at writing short fiction - whether attempting it for the first time or developing existing skills.

However, nothing's set in stone yet, and if anybody is thinking of signing up for the workshop, perhaps arriving here from the link on the GLF website, and wants to know anything or has any suggestions on what might make the workshop particularly useful and interesting, please let me know. Just leave a comment and I'll get right on it.

Oh, and if you don't live in Guernsey and were wondering about visiting, here are some photos of the place to whet your appetite...

A Thing in Print, Another Thing Pretending to Be

I'm very pleased to announce that my story, Changeover Day, has been selected to go into Every Day Fiction's 'Best of EDF: Volume 3', a printed anthology that will be coming out sometime around May. It's good news as far as I'm concerned - it's a story I'm very fond of, and it's the first one of mine that will have been available in electronic, print, and audio versions.

I've also been playing at being a desktop publisher, and have reformatted Featherweight so that it now looks a bit more like it's a story in a magazine. It's available here in PDF format, so if you've been meaning to read it but were waiting for a version in a more print-friendly form, now's your chance. It might even work on one of those new-fangled e-readers or something. I have absolutely no idea.
Posted by Dan Purdue 5 comments:

Email ThisBlogThis!Share to TwitterShare to FacebookShare to Pinterest
Tagged with: publication, short stories

So, I didn't get anywhere in the Sentinel Literary Quarterly short story competition. Click here for the judge's report.

A habit (which may be good or bad, I haven't quite decided) I've got into is that of looking into the background of writers who win competitions that I entered. I'm not sure what the motive is. Maybe I'm looking to learn from them, perhaps I just want to reassure myself they actually exist and I haven't been the victim of an elaborate scam. Part of me is always pleased when I track down the blog of somebody whose story caught the judge's eye, and find that they're excited and giddy and fired up about the win. There's something very disappointing about somebody mentioning such a thing in passing: "Oh, and I won another competition, can't remember which. Am thinking about buying a new pen." Boo! Hiss!

This habit of checking out the competition has led to me following the blogs of people like Jonathan Pinnock, James Bloomer, and Valerie O'Riordan, and very interesting and pleasant people they seem, too.

Anyway, a chap called Douglas Bruton won the SLQ prize. I'd heard of him a couple of times before this result - I think he's done well at Biscuit Publishing, and a few other places. I decided to try to find out a bit more, and the first thing I stumbled into was a rather drawn-out and increasingly nasty row about plagiarism.

Now, it's not really my place to comment on what's happened in this particular case (or cases), but the whole hoo-hah got me thinking about where my own ideas tend to come from. Inspiration is fickle, and once I started thinking about this subject, I realised that one of the tricks of avoiding "writer's block" must be to keep yourself open and receptive to ideas at all times. My story, "One Street Corner Too Soon", owes a huge debt to The Killers' song "Read My Mind". I don't think I lifted anything directly from it, other than the general mood and the idea of standing on a street corner. Also the bit about reading minds crops up. Hmm...

Lots of my stories have their roots in songs. I listen to music as I write, and I suppose it's inevitable that I'll soak up some of that as I go. I've tried to write things using a photo or painting as a jump-off point, but I find that a bit of a struggle - there's something 'complete' about a visual image that doesn't break down into text easily. Well, not for me, at least. Last year I tried my first story inspired by a poem. I'm quite pleased with how that turned out, so it might well be something I have another crack at.

So, songs, pictures, poems, things I've seen or overheard on the street... these all seem pretty 'safe', considering what set me down this route was thoughts of plagiarism. What, then, about stories inspired by other stories? Two of mine were written very shortly after I had read similar works - I wrote a story about superheroes within a couple of weeks of reading Andrew Kaufman's "All My Friends Are Superheroes", and once I'd read Joe R. Lansdale's "Godzilla's 12-Step Program" (from his Best Of), I had a different interpretation of the key elements of the story stuck in my head. I couldn't shift it, so I wrote it down.

Perhaps tellingly, I haven't managed to place either of these stories yet (the Godzilla one, although scheduled for publication, was pulled from The Battered Suitcase due to concerns over the use of trademarked characters). In my defence, they are relatively new stories and haven't really done the rounds yet. But, nevertheless, there is something at the back of my mind that feels slightly uneasy about these pieces. Are they a good example of my writing skills, or are they like a dodgy remix of a successful song?

The problem is, I really like both pieces, and believe they do stand up to scrutiny on their own merit. I haven't rehashed any parts of the original stories, or stolen any characters (well, not that weren't already stolen anyway) or scenes, or done any of the usual stuff that prompts accusations of plagiarism. I don't think I've taken any more from these two stories than I have done from the songs, but somehow it seems worse that the source material is another piece of fiction. But, let's face it, Andrew Kaufman didn't invent superheroes, and Joe R Lansdale didn't invent Godzilla. Maybe they had similar doubts about their work?

I think the only way to find out for sure is to try to get my stories into print and then see what people think. I'm too close to both sets of writing to be objective about it, I think.
Posted by Dan Purdue 5 comments: