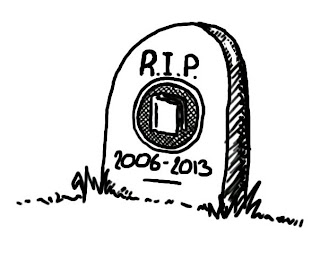 So, for the moment, the novel is dead. But something new definitely will rise to take its place; I just have to figure out what it's going to be.
Posted by Dan Purdue 9 comments: