So, moving on from giving away the ending to Caroline Smailes's latest book, but sticking with the theme of endings (the relevance of that statement will become clear later), I have the huge pleasure of welcoming Sarah Salway to my blog.

Sarah was one of the tutors on the Arvon course I took back in January, and she was kind enough to invite me to visit her blog shortly afterwards to help publicise the competition I was running to promote my anthology*. Well, now Sarah has a new book out - and I'm very pleased to be able to return the favour. 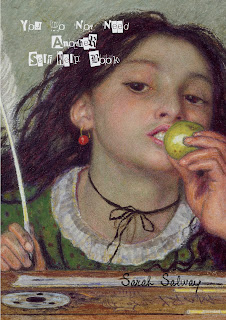 The book in question is Sarah's first published collection of poetry, called "You Do Not Need Another Self-Help Book". You can listen to Sarah reading selected poems on her pop-up poetry tour, the itinerary of which you can find HERE. And I'd urge you to go and check them out; they're very good.

Sarah's gift with language is the ability to take the very ordinary and commonplace and approach it from a new angle, sometimes revealing surprising beauty, sometimes unmasking unsettling darkness. She's won considerable acclaim for her novels (I've read "Something Beginning With..."; "Tell Me Everything" is next on my list), and from the sounds of things her poetry is being equally well received.

Sarah has a feature on her blog called Five Sentences, in which she invites her guests to complete a set of statements. In honour of her visit, I have basically stolen the idea, but given it a twist in that I've asked her to provide the beginnings to a set of 'endings' I concocted. Over to you, Sarah...


Thank you - and that does sound like a perfect day. To celebrate, why not treat yourself to some Champagne? It's virtual, so you can drink as much as you like and still be okay to drive home. 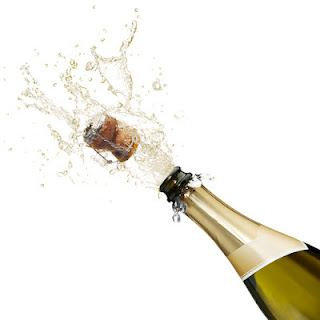 * The competition finished a while ago, but the anthology is still very much available. You can get it here or here, if you happened to feel like grabbing a copy.
Posted by Dan Purdue No comments:

Email ThisBlogThis!Share to TwitterShare to FacebookShare to Pinterest
Tagged with: poetry, Sarah Salway

Today is publication day for Caroline Smailes's new novel, 99 Reasons Why. The book's already attracted a lot of attention due to its unusual presentation - it's available as an ebook only, and has a total of eleven different endings. Nine of them are included with the book, and which one you reach is determined either by a set of seemingly random questions (on the Kindle version) or via a Wheel of Fortune style spinner (on the iPad version). Of the two remaining endings, the very final one will be a special, one-off, handwritten document auctioned off for charity, but the one before that is ... HERE.

It's an interesting idea, making the ending of a book available as part of the publicity drive for a new title. But, obviously, in this case, this isn't the ending, just one of several possible outcomes, so it shouldn't really spoil anything. I think it could work very well - as a reader I'm already thinking, "How have the characters come to be in this situation?" and "Are the other endings anything like this?", and so on. It generates a lot of questions, and I hope that helps boost Caroline's sales as people give in to temptation and pop over to Amazon or the iBooks store.

It's great to see a publisher approach a book and its promotion in such an imaginative way. I guess this might be a sign of things to come - with more and more writers seemingly just self-publishing their work directly onto Kindle and the like, perhaps the publishers who survive will be the ones who can find new ways to capture people's attention and take the art of book promotion well beyond just a poster or two and getting a few copies on the front tables at Waterstones. Interesting times ahead, methinks.

Anyway, enough of all that. Well done, Caroline, and the very best of luck with 99 Reasons Why.
Posted by Dan Purdue 2 comments:

Email ThisBlogThis!Share to TwitterShare to FacebookShare to Pinterest
Tagged with: Caroline Smailes, publication

Ten-Four: The Results are In

Just a quick post to summarise the results of the Ten-Four Challenge. (If you're new to the blog, Ten-Four was a self-imposed challenge to force myself to enter more competitions and submit more work 'to market', essentially by making ten submissions in the final four months of 2011).

Now the fate of all the submissions is known, as all the competitions have announced their results and the places that aren't competitions have responded. Sadly the Challenge came to a bit of an abrupt and disappointing end at the start of this week, as the last few outstanding stories were either rejected, or failed to place in their respective competitions. I'm usually fine with rejections but these came in a cluster that knocked the wind out of my sails a bit. After a couple of days of moping I have dusted myself off and taken stock of what the results of the Challenge actually were.

Let's get the unpleasant bit out of the way first. I got stories rejected by (1) the BBC and (2) Smokelong Quarterly. Both of these are places that I would really like to place my work, so although I'm disappointed I will definitely be trying again when I next have something suitable to send (or, in the BBC's case, when their "Opening Lines" feature comes around again).

Next, I failed to place in (3) the Autumn 2011 Flash500 competition, (4) the Spilling Ink Short Story competition, (5) The New Writer short fiction competition, and (6) The Willesden Herald short story competition. It's never fun having a story sink without trace in a competition. Although it's not quite as much of a slap in the face as an outright rejection, it still stings. The difference here, I think, is that I start to wonder about the mechanics of the competition. What goes on behind the scenes? Who actually reads the entries and chooses the shortlist to send to the judge? What if my entry got lost somewhere along the way? Generally, it's best not to dwell on such thoughts, if you can help it.

Things pick up a bit with a shortlisting for (7) the Winter 2011 Flash500 competition, and a Highly Commended mention in (8) the NAWG Open Short Story Competition. Neither of these involved any kind of prize or publication, but I'm taking them as a positive sign.

The good news, at last, begins with publication at (9) MicroHorror.com, for my historical crime story, Anatomy of a Crime. I have been fond of this story for a while, and I was pleased to find somewhere for it online - I nearly didn't put it into my anthology as it was unpublished at the time.

And finally, perhaps the best result of the whole endeavour, was one of my favourite stories, (10) Just Jeff, getting published at Every Day Fiction. It's had, generally, a pretty good response from the readers, and I'm very happy to know it's "out there" at last.

So, 2 stories out of ten published, £23 spent on competition entries versus a couple of dollars received in return for publication at EDF. It doesn't sound terribly impressive, I know, but actually a 20% hit rate isn't too bad from what my fellow writers tell me, and getting shortlisted and a Highly Commended both helped to boost my confidence during an otherwise fairly stark period for my writing.

The Challenge helped me focus on getting stuff sent out, gave me a bit of practice in terms of editing and trying to select the right stories to send to each competition. I discovered new markets and, as part of my research, read plenty of both good and bad stories. I feel like I've learned something from it all, even if I'm not 100% sure what it is yet, or how to use the new knowledge. Plus, I've now got a handful of stories that are nicely 'mature', ready to be tweaked and polished and sent out again.

And that's exactly what I'm going to do. Watch this space.
Posted by Dan Purdue 4 comments:

There have been a lot of these riffs on the government WW2 "Keep Calm and Carry On" posters over the past few months.

Here's my contribution to the meme... 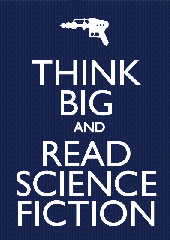