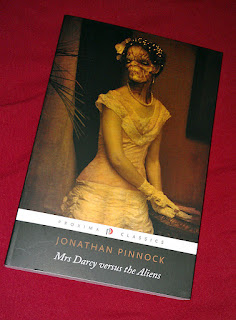 
Well, I guess - as you say - there's no sense in trying to predict anything in the publishing world, so I wish you luck, Jon. I've read many of your stories online and am looking forward to seeing the pick of the crop on paper. I hope it's a great success for you. Thanks for visiting, and don't forget to keep us posted about Book Number 3.
Posted by Dan Purdue 6 comments:

Well, if the first half of this year was pretty barren in terms of publication and competition success, I’m happy to say the second half is looking set to make up for it. This weekend I found out I’d won one of the runner-up prizes at the Sean O’Faolain short story competition. The competition has a winner, a second place story, and four runners-up, and there are cash prizes and publication for all six. I think the stories will be online towards the end of the year.

I’m very pleased with this result for a number of reasons. Firstly, because I have been trying to get a story into the SOF competition for a few years, and I’ve never even made the shortlist before. Secondly, it’s my first competition success in Ireland, where they take their short stories pretty seriously. Thirdly, 2012 was a bumper year for the competition, with the number of entries almost doubled compared to last year and reaching almost one thousand, so it’s good to think my story stood out amongst all those others.

But I think the thing that pleases me the most is that the story I entered, Gecko, is my type of story. It mutated from a story I was trying to write for a flash competition, which had a word limit of about 300 words. I began with one idea, only for others to pile in and take it way over the word limit. I liked the way it was heading, and (quite rare for me), I decided to abandon the flash competition and just let the story go where it wanted. When I was writing it, I had the feeling it was going to be difficult to place, but by that point I was simply writing it because I was enjoying the ride.

It was very liberating, and of course it’s a great confidence boost to now find that other people seem to like it as much as I do. I can get too hung up on trying to keep my ‘audience’ in mind while I write, and that can end up being restrictive. I guess the answer is to write like nobody’s going to read it, and only worry about readers when you reach the editing stage.

Is this something that happens to other people? Do you find your creativity gets stifled if you start thinking about how people will respond to your work, or is that just part of the process for you?