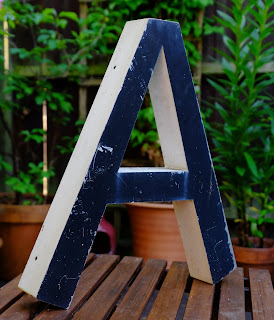 Adverbs. Ask any writing 'expert' for advice about writing style and sooner or later - usually sooner - the issue of adverbs will crop up. The expert will lean forward, as though letting you in on some great secret. "The thing about adverbs," he or she will say, pausing for dramatic effect, "is that you must never, ever use them." Then they'll settle back in their seat, beaming with pride whilst you soak up their great wisdom.

Adverbs, it seems, have been out of fashion for longer than anyone can remember. And the "No Adverbs" rule is one of those little nuggets that People Who Write can dish out whenever they feel it's necessary to assert their superior status over People Who Don't Write, or People Who Are Learning How to Write. As a result, it's become more or less accepted that only the most bumbling amateur would use an adverb in a story, let alone two or more. People on writing sites across the globe point and laugh whenever somebody includes a phrase like "she walked slowly". "She walked slowly?" they'll cry. "You mean she shuffled, or crept, or sauntered, or trudged. Real writers use strong verbs - don't you even know that, you giant idiot?"

The source of this anti-adverbism seems to be the muscular, stripped-down prose of writers like Ernest Hemmingway. In fact, there's an online app called Hemmingway that'll pick over your prose and weed out the adverbs, as well as shaming you into getting rid of all your other filthy writing habits too. You'll be left with clear, stark writing, free of any floweriness. Which will mean you'll be a better writer, right?


Our days together speed past, eaten up by housework, shopping, cooking, little trips to the park. Bunty and I stroll around immaculately clipped bowling-greens and sit on benches wistfully watching small children being pushed on swings and she'd be quite happy to stay there all day but when I say, 'Come on, it's time we were getting home,' she gets up obediently and trots by my side.

That's, what, three adverbs in the space of just one little paragraph? It can only be the work of a terrible wannabe author, who has a lot to learn before he or she can even dream of getting published.

Not exactly. It's an extract, taken more or less at random, from Kate Atkinson's Behind the Scenes at the Museum. A book that was hugely successful, scooped up plenty of awards, and remains popular 20 years after it first hit the shelves. I'd imagine the majority of those 'experts' parroting the No Adverbs rule would be more than happy with Ms Atkinson's sales figures.

Adverbs can be over-used, and they can make writing flabby and ineffectual. But they can be useful. They can create particular effects (humour, for example), and they can give your writing a unique sense of identity. The trick is to think carefully whenever you use one. Is it absolutely necessary? Is it pulling its weight in this sentence? Is there a better way of getting this idea across?

And in that regard, they're exactly the same as any other type of word.
Posted by Dan Purdue

Email ThisBlogThis!Share to TwitterShare to FacebookShare to Pinterest
Tagged with: A to Z of Writing, adverbs, grammar, writing

Couldn't agree more with this. Much like the 'absolute' to never use the word was. Never. Never ever. It's passive, it's weak, it's lazy.

You have, of course, pointed out the key thing - it's overuse and misuse that are problems.

I agree, too. Yes, overusing adverbs is unnecessary but some genres use them effectively. Of course I mean to great effect. Thank you for sticking up for maligned adverbs.

Great post, Dan - and oh, so true. When I was a fledgling writer I tried to take on board so many 'rules' from the 'experts'. It took a while to gain confidence and now I try to write to the best of my ability - but in my own unique voice - and rules be damned!

Many thanks for the comments, everyone. It's great to see some love for poor old adverbs!