I is for ... Interruptions! 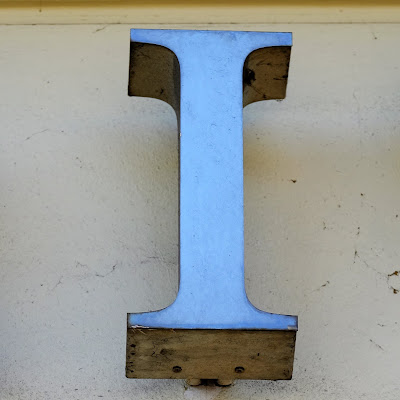 So... i was going to be for Inspiration, but looking at the time that's elapsed since the last time entry in the A to Z of Writing, I think I'd better explain myself. Which means, I is for ... Interruptions!

It may be a bit of a leap of faith to think I might have any readers left after leaving this blog gathering dust for nine months, but if there is anyone out there wondering what happened, wonder no longer. 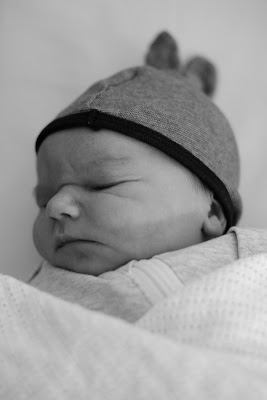 Yes, that tiny, cross-looking bundle is my son, who arrived into our lives back in mid-November. These days he looks more like this: 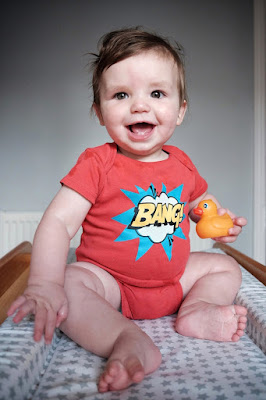 It's fair to say he's cheered up a bit!

I was completely unprepared for just how much time a baby can absorb. Before he arrived, I harboured what I now know to be wholly unrealistic visions of myself merrily tapping away at the keyboard while my son dozed in his cot beside me. Ha! I was so naive.

Nothing is straightforward with a baby in the house. Everything takes three times as long, and requires five times as much energy. The simplest trip to the shops is doomed to failure without at least a solid hour's preparation. All those cliches about lack of sleep and perpetual exhaustion are true. There is, of course, an awful lot that compensates for this, but this is a writing blog, not a chirpy smug parenting one.

Fatherhood, the day job, trying to get my photography venture off the ground, and writing all compete for the limited time available. For the last eight months, it hasn't been possible. Something had to give, and it was, sadly, the writing.

I've kept my hand in, kind of. A few notes here and there, an idea or two floating around in my head. But no more than that. Initially I found it frustrating - I was beating myself up about not finding/making time to write. In the end I just had to accept that the stories, the novel, all of it, was going to have to wait. I hate the expression but I "gave myself permission" not to write. It's proved to be the most useful thing I could have done.

Because, to drag this post back on topic, I've realised it's a fact of life that we all get interrupted. Things beyond our control have a habit of cropping up, and there's never a convenient time for that to happen. Whether it's the arrival of a miniature person who gets more amazing and wonderful with each passing day or just a phone call right when you're in the middle of a key scene, you can't let the interruptions get to you. Everything will settle down again, eventually, and even if what they settle down to isn't anything like you imagined, you will get back to what you were doing. As writers we need to learn to roll with the interruptions, not fight against them.

Writing this post is a small victory for me, but an important one. It's been on my to-do list for at least a month. It's not going to win any awards. I don't even know if anybody will read it (do people still read blogs?). But it's confirmation that things are starting to settle down, little by little, and time and space might once again make themselves available for writing. I hope so. I feel like I'm well and truly ready for it.
Posted by Dan Purdue 6 comments:

Email ThisBlogThis!Share to TwitterShare to FacebookShare to Pinterest
Tagged with: A to Z of Writing, not writing, Real Life, writing
Newer Posts Older Posts Home
Subscribe to: Posts (Atom)