Continuing my write-up of this year's Curious Arts Festival. Part One (Friday afternoon and Saturday) can be found here.

As we were staying off-site for the weekend, my wife and I met up with my sister, brother-in-law, and my two nieces for breakfast in Lymington and as a result our return to the festival site was a little later than we'd planned. Although I'd wanted to hear it, we decided not to blunder into the middle of TV producer Stephen Moss's talk about his book Wild Kingdom, and instead opted for a more leisurely stroll around the site, browsing in the Waterstones tent and drinking tea.

I'd signed up for what was billed as "an intensive creative writing workshop" with SJ Watson. It turned out to be more of a panel discussion about publishing and approaching agents. As well as SJ (Steve) himself, the panel also featured Clare Conville, co-founder of Conville & Walsh; Carrie Plitt, an agent at C&W, and another woman whose name I didn't catch but I believe was from Watson's UK publisher, Transworld (I think). As a result, it was an interesting discussion, although I got the impression that some of the people attending the talk were more at the 'starting to write' end of the spectrum than the 'actively seeking an agent/publisher' one. Not that that's a problem, of course. It also gave me a chance to get Steve to sign my freshly bought copy of Before I Go to Sleep.

Although there was an inevitable return to some of the ground Steve had covered in his talk on Saturday, it was interesting to get more of an insider view on the process from the other members of the panel. I was particularly struck by how hard the agents work, when they're convinced they have a hit on their hands, to get a bidding war going between a number of publishers. For the publishers, of course, this is the last thing they want as it pushes the price up, so they have to work equally hard to make themselves the only player in the field. It all sounded very exciting and stressful, and I can imagine it's a pretty surreal process to go through for an author.

Time was limited, but there was a short Q&A session at the end of the session. I asked about something that's been bugging me for a long time - whether writing a debut novel in a particular genre will make it difficult to publish subsequent books that don't fit into that same pigeonhole. As a sub-question, I asked whether being approached by a writer with plans to write across genres would be a "red flag" to an agent. Although I got the impression that science fiction raised some particular challenges, the overall response was encouraging. Essentially, it came down to a straightforward question of whether the writing's good enough to sell. If it is, there are ways for a writer to span two or more genres - the most common being via a pseudonym. Or you can adopt the Margaret Atwood / Kazuo Ishiguro route and just tell everyone it's literary fiction that just happens to be set in the future. Obviously, that's a bridge to cross when I get to it, but I was very pleased to not be told that not wanting to stick to a specific 'type' of book doesn't necessarily present an obstacle to signing with an agent.

The workshop / discussion finished in time for me to catch 45 minutes or so of Andrew Miller in conversation with Paul Blezard. Andrew was there to - in theory, at least - talk about his latest novel, The Crossing. But apart from saying that a large part of it was set on a small boat, he was reluctant to reveal too much about the story. So instead it proved to be more of a discussion of a life in writing, the difficulties of making a living as an author, and the many literary awards Andrew has collected for his books. He comes across as a very modest, likeable guy with an obvious talent for writing intelligent yet accessible books. I really need to read some of them - Oxygen and Pure have been on my shelf for months if not years!

After lunch, we headed back to listen to Petina Gappah, a Zimbabwean author and lawyer talking about her novel The Book of Memory. Neither my wife nor I had heard of her before but we'd had a look at the book in the Waterstones tent and thought it sounded intriguing.

Unfortunately, Petina was under severe time pressure as by this point in the day the schedule had gone a little awry and she was in danger of missing her plane for her next festival appearance. So the interviewer rattled through the questions and we got a good overall (if not in-depth) impression of her writing. The Book of Memory sounds fascinating, telling the story of an albino black woman arrested for the murder of a white man. Petina said having an albino protagonist allowed her to explore racism and prejudice from two angles. Set in Harare, the local word for albino translates as "fake white", and so the protagonist occupies a unique centre ground in a divided community, belonging to both sides yet welcomed by neither.

Sunday evening's comedy was another great selection. Tom Lucy looked a little uncomfortable with the restrictions placed on his routine by the presence of so many under-10s, but delivered some cracking lines nonetheless. Lucy Porter was on good form, reading out a letter she'd written as though from her 16-year-old self, and telling a story about moving to suburbia that got steadily funnier and more surreal.

Improv troupe The Noise Next Door had impressed me last year so it was good to see them on the bill again. They didn't disappoint, unleashing a barrage of puns, songs, dodgy accents, and a surprisingly good Alan Rickman impression - all made up on the spot in response to suggestions shouted out by the audience. Finally, Justin Edwards took to the stage. I wasn't sure what to make of him at first because he sat down with a guitar and began a slow, meandering ballad about a grieving widow. However, he steered it around to an absolute killer of a last line and from then on had the audience in the palm of his hand.

By the end of Justin's set, the weather had progressed from dreary to dismal, and although there were a couple of events still to go we decided to call it a day and retreat to a pub in Lymington to warm up and get a meal we could eat with a knife and fork (quite a novelty after three days of festivalling!). 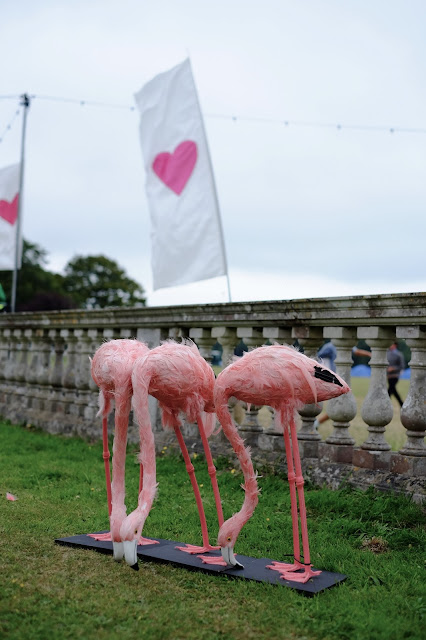 All in all, this was a fantastic weekend, definitely as good as the previous two years. It's good to see the Curious Arts Festival growing in popularity, and great that it's already confirmed again for July 2017. The organisers are doing an excellent job of ironing out some of the little niggles that cropped up in 2014 and 2015, so all credit to them. I can't help hoping it doesn't get too much bigger, or more commercialised, as at the moment you rarely have to queue for anything and (apart from Billy Bragg on Saturday night), there's plenty of space for everyone to go and see whatever they like. As it stands, though, the festival has a real charm and I'm sure the organisers will try to preserve that.

We'll see how they do - I'm already planning to go again next year and make it four in a row!

The photos for this post were kindly supplied by my alter-ego, Foxlight Digital.﻿
Posted by Dan Purdue

Fantastic write up! Useful to see the answer to your worrying question as well, seeing as it also applies to my intentions for the future! Positive! Might have to add a couple of the books mentioned across your recounting to my reading list too, they seem interesting! Great stuff! :)

Thanks for sharing this amazing blog post and this has a lot to my knowledge that has been presented here. Share more posts like these please.