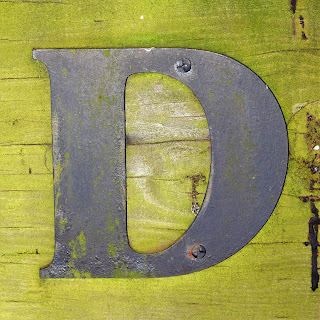 Whatever you're writing, whoever you hope will end up reading it, the one thing you don't want to be is dull. This may be stating the obvious, but it's an easier trap to fall into than most people think. You might believe your work is edge-of-the-seat stuff, but it takes a lot of practice to get to the point where you can spot the bits where people's eyes might start to glaze over. Losing your reader's attention halfway through a story is a disaster for any self-respecting author.

Here are a few factors that might result in a reader skipping chunks of your hard-wrought prose or, worse, abandoning it altogether:

We've all read novels where the author has clambered up onto his or her soapbox in order to proclaim their opinions on a given subject. If done well, these little diversions can be entertaining, but it's a very fine line between that and a tedious intrusion into the story that's both unwelcome and off-putting. By all means write with a message or a moral, but be careful of battering your reader over the head with it. Nobody likes being preached at.

Short stories seem particularly prone to the curse of nothing happening, and the "literary" end of the spectrum seems to carry the biggest risk. For me, this is particularly frustrating, as if the writing is good, I tend to stick with it all the way to the end in the hope the writer has the skills to make the destination as rewarding as the journey itself. If the tale fizzles out with anything actually changing it all just feels like a big waste of time.

Sometimes nothing happening can be disguised by having a character thinking back to some event in their past, and the flashback explaining some element of their personality or the reason behind a decision. If the flashback is taken away and the story doesn't show the character making some kind of change in the 'current' timeline, then the flashback itself is the story, and the rest is just unnecessary bookending and should probably be cut.


Too repetitive, i.e. repeating yourself, saying the same thing twice or more often than necessary

Out of all the sins on this list, this is probably the one I'm most often guilty of. For me, it comes down to having the confidence that the reader will follow the story without me doubling back every once in a while to check they're keeping up. So I tend to over-compensate and often when I'm editing my first draft I'll be able to cut a lot of stuff because I've already said it. Give your reader credit - it can be worth mentioning something twice in a novel as people don't tend to read those all in one go, but in a short story most readers will be able to hold most of it in their heads without too many reminders.

I touched on this when I was talking about a story's cast, but obviously it applies to any aspect of the tale that can be described. Less is more, and when I was a new writer I found it difficult to get away from that nagging idea that a good author can describe anything (and so should do just that!). I can still go a bit heavy on description, but these days I'm aiming for an approach more like a sniper's rifle than a blunderbuss - focus on something very specific that gives a clear impression of a given thing, rather than trying to condense its entirety down to a few lines of text.

I'm always impressed by authors who can sum up the mood of something without actually describing it at all. Check out this description of an unattractive woman from James Lasdun's story, The Half-Sister (from the collection It's Beginning to Hurt):


Martin held her gaze a moment. Her face was really very strange - large and oval, with a propitiatory quality, like a salver on which certain curious, unrelated objects were being offered up for inspection.

Effective, isn't it - and it just goes to show that describing what somebody looks like is very different to describing how they look.


Characters you can't relate to

I saved the trickiest for last. There's no hard and fast rulebook for creating characters who'll resonate with readers, but it's worth putting effort into finding those special sparks that make the people you're writing about interesting for you, and bringing that right to the surface. Not caring about a character (particularly the main one) is the quickest way out of a story for a reader. Do they have to like them? Not necessarily. Does your main character have to be 'good'? Again, no - anti-heroes are perennially popular. But there has to be something about them, and to an important but lesser extent, about what they're trying to do, that people can engage with. If that's lacking, very few readers will stick around for long.


Have I missed anything? What else can authors do that triggers an attack of the yawns?
Posted by Dan Purdue

This is a useful checklist, Dan. I can't think of anything to add.

Ah, I had dialogue on my original plan, but I couldn't think of anything particular to say about it. I thought about description, too, but I think that's something that's going to pop up frequently enough during the rest of the project to not need a dedicated entry. Dull isn't exactly what I wanted to write about, but I was running short of time and inspiration so that's what I ended up with.

Thanks to both of you for commenting and for anybody else taking the trouble to read these posts. I appreciate it.

Thank you for posting such a great post. net worth