Chloe Banks on The Art of Staying Flexible

I'm delighted to welcome long-time friend of the blog Chloe Banks, who is out and about promoting her debut novel, The Art of Letting Go. Chloe is an accomplished short story writer, so I'm looking forward to reading the book and seeing how she's taken the leap into the longer form. The book is available from a new publisher, Thistle Publications, and that in itself is an interesting aspect - the company is a new independent outfit that slots itself somewhere in between the two usual avenues; it's not self-publishing, but it's not quite traditional publishing either. It's an exciting reflection of the way the publishing landscape is changing and you can read Chloe's thoughts on it by clicking here.

Anyway, without further ado, let me hand you over to Chloe... 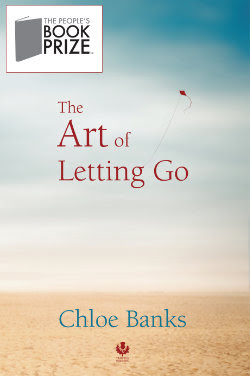 The Art of Letting Go tells the story of Rosemary, whose peaceful seclusion is disrupted by the man who she was involved in a traumatic relationship with decades earlier; only this time he’s lying in a coma and Rosemary must decide whether to let him live, or let him go. In the midst of her secret dilemma she meets an abstract artist who is used to manipulating shapes and colours to make people see things differently. But what else is he manipulating? And can he help Rosemary see her own situation in a different light?


The Art of Letting Go is available as a paperback and an e-book here.

When I was a competitive runner I was proud of being supple. I could pretty much do the splits, I could touch my head to my knees and all sorts of other contortions. When I switched priorities from racing to writing, I thought I could stop worrying about being flexible. I was so wrong.

There is a famous and much over-used phrase in writing – kill your darlings. In order for a story to be as good as it can be, sometimes you have to cut the bits of writing that please you most. In the first draft you can write what you want, how you want. When it comes to re-drafting and editing you need to make your narrative work, and that requires being flexible – changing your own ideas of how the story should go or how your characters should act.

When I was writing The Art of Letting Go, I had to change a lot. I have written elsewhere about changing from a straight-forward narrative to a multiple viewpoint narrative and how hard it was to create four or five authentic voices. With one of my characters, Cheryl, it was particularly tough. I knew what I wanted her to be like, and I knew how I wanted her to act, but feedback kept coming in – she’s not believable. It wasn’t until I had an agent and was perhaps six or seven drafts into writing the novel that I realised the problem: a person with the character I’d created wouldn’t act in the way I’d asked her to act. I ended up re-writing her completely – giving her a different background and different influences and motivations. And I think she finally works.

This willingness to adapt your ideas – rather than just edit your original plan – is key to getting an agent or a publishing contract. Believe me, it’s deflating to go through the euphoria of being offered a contract and then receiving an edit letter outlining all the things you have to change in the manuscript, but it has to be done. Edit letters often make authors cry. Here you are, with a book worthy of an agency/publishing contract, and you are STILL being told that you need to completely re-think one of your characters, alter a major part of your plot and start the entire novel at a different point. You don’t want to do that? Fine. Don’t expect to be published.

All this, of course, comes with the caveat that you are the master of your own story. Yes, you need to be prepared to flex and change. No, you don’t have to cave in to every suggestion. When my agent listed all the changes he wanted me to make before we submitted to publishers, I set to work on most of them. There were a couple of points however – such as changing the ages of my main characters – where I dug my heels in. I was able to explain why I didn’t want to make those changes and David respected that. Agents and editors are looking for writers who can both touch their toes and stand their ground!

When I was county cross-country champion I needed to have muscles that could power me up hills, but were still flexible. As an author I need to create my darlings, but be willing to kill them – or at least bend them a bit. But the real key to both? The same as it always has been: putting in hours of hard work and practice. When it comes to writing there are some rules that can’t be bent after all. 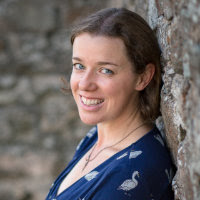 Chloe Banks lives in Devon with her husband, son and an obsession with words. She started writing for a dare and forgot to stop until it was too late. She is a prize-winning short story writer and a first-time novelist, represented by The Andrew Lownie Literary Agency.
Posted by Dan Purdue

I haven't had to deal with agent or publisher edits since I'm not there yet, but I've seen friends go through it.

The tough thing for a few is when it's an R&R. They've been asked to change something big when there's no guarantee that agent (or publisher) will take them on as a client.

At the beginning they questioned the change--should they do it or not, but once they did it, they ended up liking that change.

So yeah, it's good to be flexible, but you also need to be true to your story.

That must be a very tough situation to be in, particularly if you're not sure the suggested changes are in the best interests of the story. To embark on a major rewrite with the possibility of the agent/publisher still turning you down at the end of it must take a lot of faith that they know what they're doing.

Good to hear your friends found it a positive experience, in the end at least.

I had something like this. One agent was interested in my novel, but didn't like something quite major about the structure. She said she'd be really interested to read it again and reconsider if I changed it. Luckily, I had another offer from an agent at the same time who didn't want that change! But I've always wondered whether I would've done it for the chance of bagging an agent.